Holocaust Survivor: Never Again Is Now. Unless We All Resist

In a speech delivered Sunday in Brussels, Holocaust survivor Vera Sharav described the striking parallels between what she witnessed as a child in Nazi Germany, and COVID policies being enacted today by governments around the globe.By Vera Sharav32

Miss a day, miss a lot. Subscribe to The Defender’s Top News of the Day. It’s free.

EDITOR’S NOTE: Holocaust survivor Vera Sharav was scheduled to deliver her remarks below on Sunday in Brussels at a rally protesting COVID mandates. After the rally was abruptly canceled because police threatened protesters, Sharav and other rally speakers gave their speeches at a restaurant.

Read the transcript of Sharav’s speech:

A vital lesson from the Holocaust is that genocide was facilitated by global silence, indifference and the failure to intervene. The Holocaust was set in motion when personal freedom, legal rights and civil rights were swept aside.

The author Primo Levi, an Italian Jewish survivor of Auschwitz, warned: “It happened. Therefore it can happen again. It can happen everywhere.”

As a Holocaust survivor, I am appalled by poseurs who control the Holocaust narrative. They deny the relevance of the Holocaust to current discrimination and increasingly aggressive and repressive edicts.

These vigilantes censor and silence those who speak out. By denying the relevance of the Holocaust to current repression, the vigilantes are Holocaust deniers.

Elie Wiesel, an Auschwitz survivor and Nobel laureate, was regarded as the victims’ voice. He stated: “Indifference and the silence of people led to the Holocaust. To remain silent and indifferent is the greatest sin of all.”

Today, survivors are shaken by the fear-mongering, and divisive, discriminatory measures against a minority. Horrifying scenes include police in black uniforms brutally attacking demonstrators in European cities, in Australia, and, yes, in Israel. These are painful reminders of the prelude to the Holocaust in which the Nazis:

Today’s predators are also using fear and propaganda to maintain a state of anxiety and helplessness. The objective — then and now — is identical — to condition people to become obedient and to follow directives without question.

The global assault on our freedoms and our right to self-determination is facilitated by the weaponization of medicine. Then and now, the medical establishment has provided
a veneer of legitimacy to mass medical murder.BUY TODAY: Robert F. Kennedy, Jr.’s New Book — ‘The Real Anthony Fauci’

The Nazis declared disabled people — “unfit for life.” The 1,000 German infants and young children who were the world’s first medical murder victims were actually murdered in hospitals.

Today, humanity is threatened by the global heirs of the Nazis. The real virus that continues to infect these predators is Eugenics.

A report by the U.S. Commission on the Holocaust, chaired by Elie Wiesel, noted: “… the inclination to duplicate the Nazi option and once again exterminate millions of people remains a hideous threat.”

The modern-day Nazis’ objective is global population reduction. The global oligarchs are determined to gain absolute control of the world’s resources — natural, financial and human.

Bill Gates, a lifelong eugenicist and major stakeholder in the vaccine industry, declared the COVID vaccine the “final solution.”

COVID injections use an experimental, gene transfer technology. Its testing on the global population is in gross violation of the foremost human right to “voluntary, informed consent.”

The claimed rationale for vaccine mandates was to protect people from getting and transmitting infection. However, the incontrovertible evidence shows that COVID injections do not prevent infection or its transmission and they do not provide immunity.

Even the Centers for Disease Control and Prevention’s director, Rochelle Wallensky, has acknowledged that COVID jabs cannot prevent transmission.

If vaccinated people can get infected and spread COVID — why are they privileged? Why are the unvaccinated — who refuse to be injected with a clinically worthless product — maligned, discriminated against, threatened with job loss, and the withdrawal of their children’s schooling?

If COVID injections do not protect anyone’s health, what is the real objective of vaccine mandates and digital passports?

Many independent scientists are warning that these injections are biological weapons of mass destruction. Tens of thousands of doctors, scientists and nurses refuse the injections — even if it means losing their jobs and their licenses.

Government data from the UK, Israel, the U.S. and the EMA [European Medicines Agency] confirm that massive deaths and injuries have been reported. Close to 38,000 Europeans have died following the shots. And more than 3,390,000 have suffered injuries. Healthy, athletic, young adults have died. Children are suffering from myocarditis and blood clots. Neurodegenerative diseases are also emerging in the vaccinated.

We are at a catastrophic junction in human history. Today’s predators have unleashed an injectable biological weapon designed to deliver a poisonous spike protein, and stealth surveillance technology, into the body.

This weapon enables the predators to control the global population remotely 24 hrs a day. We must choose — whether to disobey, and assert our freedom and our rights as human beings — or to be enslaved.

Auschwitz survivor, Mariann Turski, a Polish journalist, was asked if a Holocaust could happen again. He replied: “It could happen. If civil rights are violated — if minority rights are not respected and are abolished.”

He urged everyone to “defend the constitution, defend your rights, defend your democracy. Minority rights must be protected… Thou shalt not be indifferent when any minority faces discrimination.”

Dietrich Bonnhoeffer — an exceptional German Protestant minister during the Nazi regime stated: “Silence in the face of evil is itself evil. Not to speak is to speak. Not to act is to act.”

Rabbi Michoel Green just posted an urgent plea that it’s “time to atone for the Holocaust by not allowing it to be repeated.” Green admonishes everyone not to obey tyrants’ orders and not to marginalize and persecute minorities. And he tells the Jews: “Don’t repeat the fatal error of blindly heeding your capo betrayers and walking obsequiously like to the slaughter. Wake up NOW.”

Do not be deluded; the unvaccinated are not the enemy. The first step on the slippery slope to genocide is the stigmatization of a minority. Silence invites ever-increasing repressive restrictions. If we are to survive as free human beings, we must speak out against discrimination. We must not ever be silent again — not today, not tomorrow, not ever.

Read the transcript in Hebrew.

The views and opinions expressed in this article are those of the authors and do not necessarily reflect the views of Children’s Health Defense.

Vera Sharav is a public advocate for human rights and the founder and president of the Alliance for Human Research Protection (AHRP), an information resource and public interest watchdog organization whose goal is to unlock the walls of secrecy in biomedical research and bring accountability to that endeavor. The Vaccine Program: Betrayal 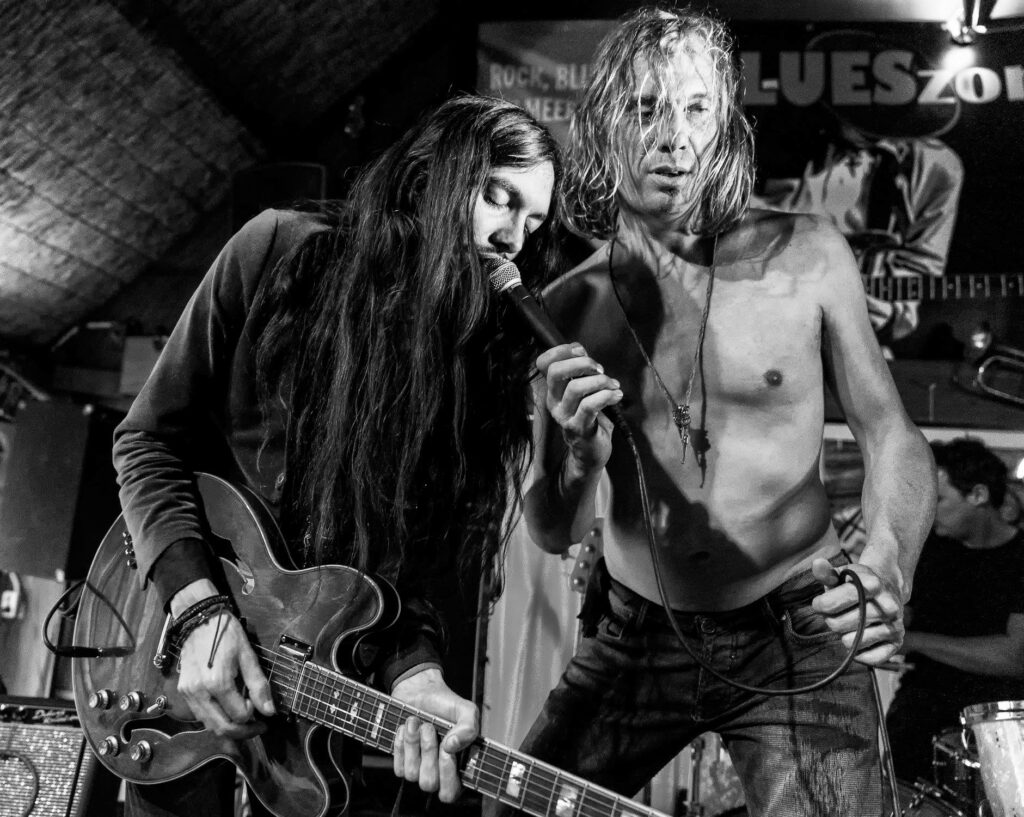 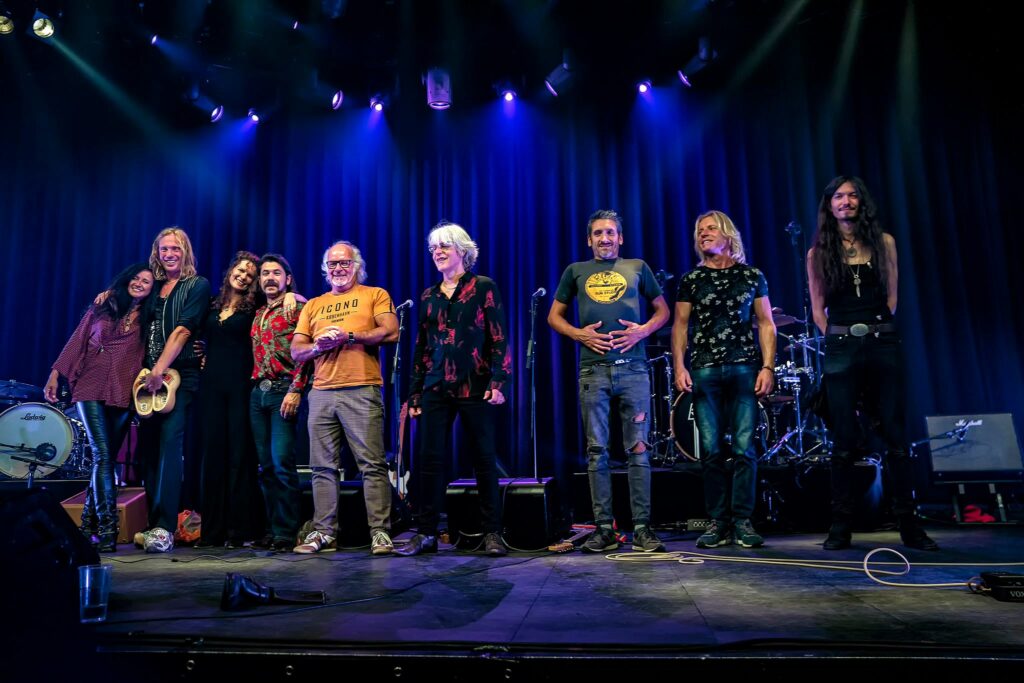 I was playing a few years with a best of Elmore James album form my 15th till my 17th, one cd, and then El walked in…

my first cd i bought was of The Rolling Stones Made In The Shade, while i knew a lot their songs until Sticky Fingers from my Father’s vinyl collection. Second cd i bought was “The Best of Elmore James”, then i bought, best of chess cd 1, best bluesmasters 2cd, Muddy Waters’ London Sessions and playes a lot with those records! On my red E-guitar Kimaxe bought at Van Gorp Music Centre Roosendaal. After some great lessons of Hans Reijs. And later acoustic with the guitar i got from Jeff Vaneerdewegh from Essen Belgium who invited me to play solo guitar in his band The Furious Freakindales with Jos & Carl. We had great fun playing covers of Tom Waits, Creedence Clearwater Revival, Jerry Lee Lewis, Chuck Berry, Lou Reed, Kevin Ayers…& many  more. Just the 4 of us.

With that acoustic guitar i started playing Louisiana Red. And also playing the bluesharp and that’s what Elmore heard in de Muziekschool Roosendaal 1992.

Thanks to Elmore & Toon i later met Junior Wells backstage in The Red Lion in Dongen. He signed my white shirt that had belonged to my grandfather de Jongh in the old people’s home and that i often wore with a big black marker beautifully with 9-5 Junior Wells. Snd the back was signed by the drummer. I forgot his name…anybody knows? The t-shirt was later destroyed in a fire🙏

Now available on cd only 50

Bluesworld cd 2 – Dedication to Leadbelly – only 50

Watch The X22 Report On VideoEp 2684b – SCOTUS Decision Needed, Trap Set, It Will All Be Revealed, Tick TockEp 2684a – The [CB] Is Left With No Choice, They Are Now Pushing It All, People Are Fighting Back 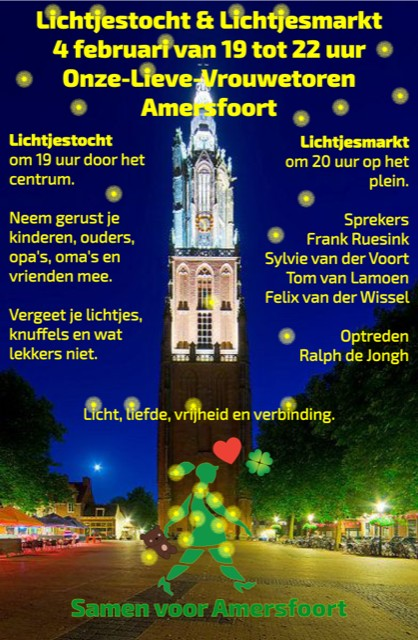 Born to be free

Watch The X22 Report On Video

Ep 2683b – Rubber Bullets Sting But Do Not Last, It Won’t Be Boring Forever, Slow Drip Then FloodEp 2683a – The People Reject The Elite And They Know It, Panic, Fear, Control Lost

Watch The X22 Report On VideoEp 2681b – Nobody Is Safe, No Deals, Desperation, Fear, When Does A Bird Sing, Combat TacticsEp 2681a – The Great Reset Is Fizzling Out, The Push Has No Traction 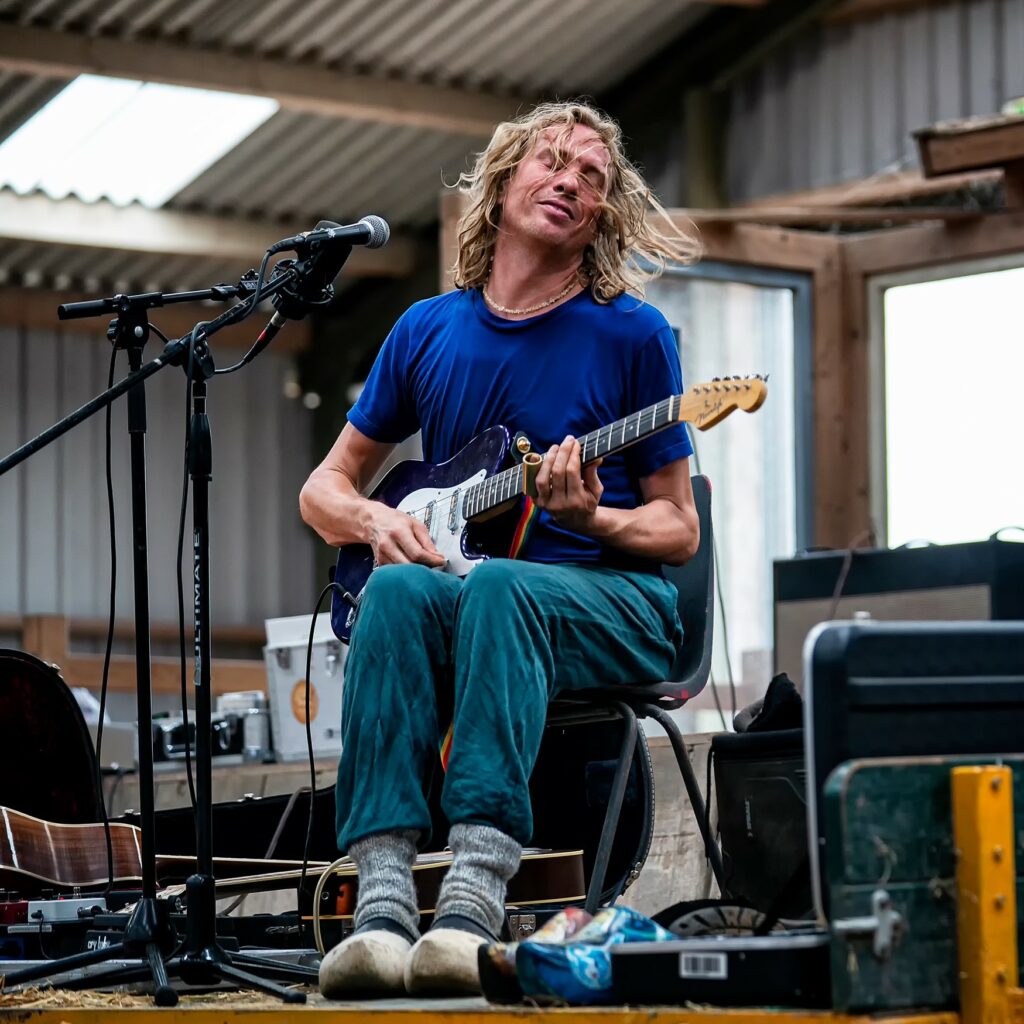 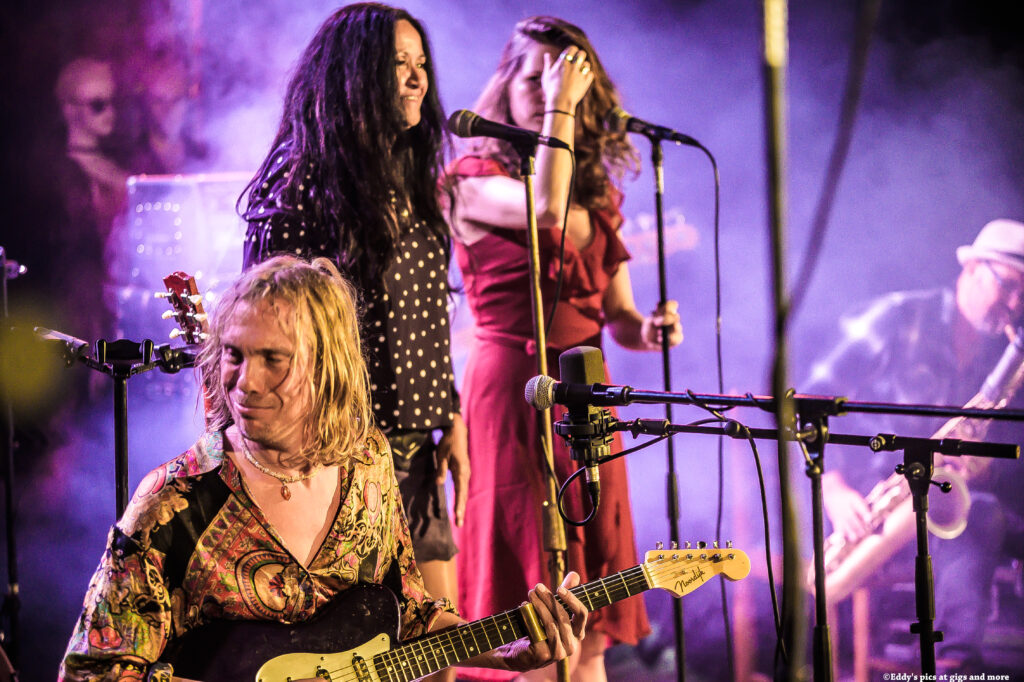 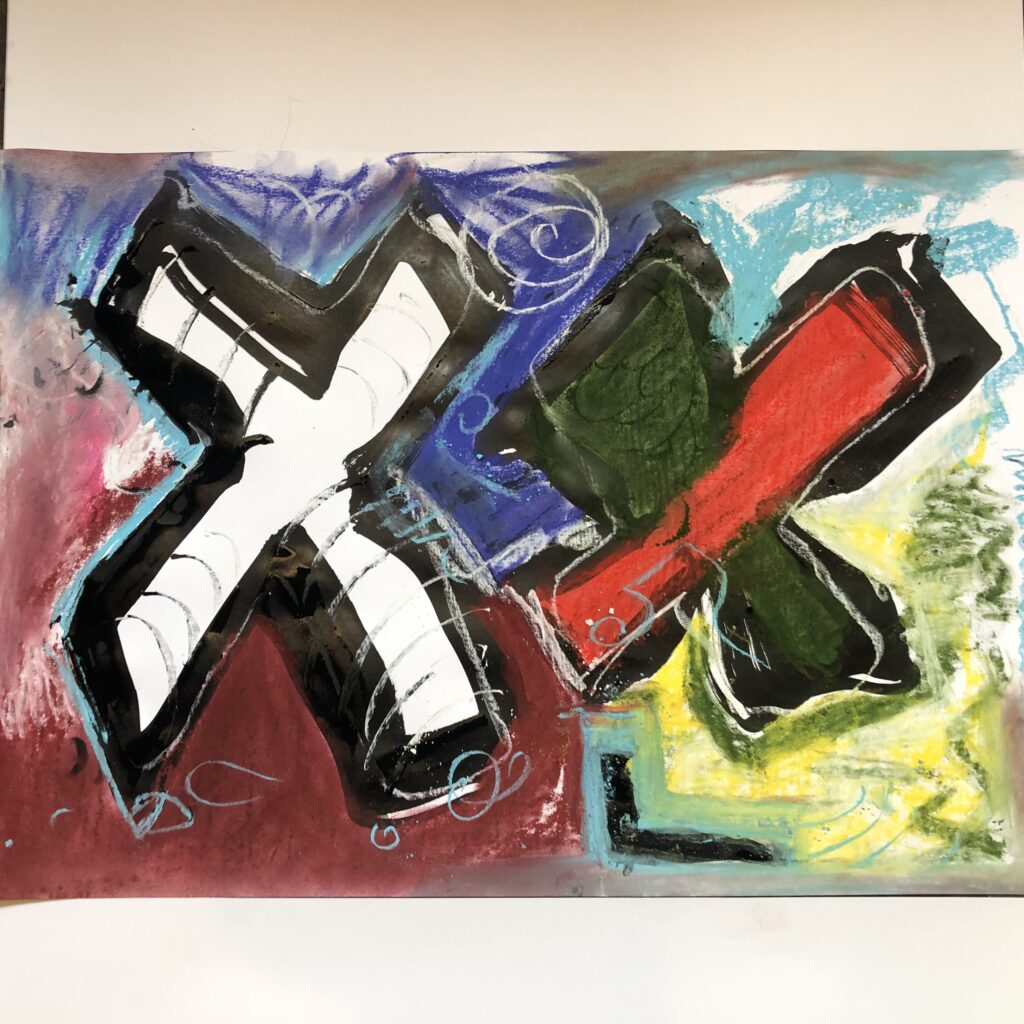 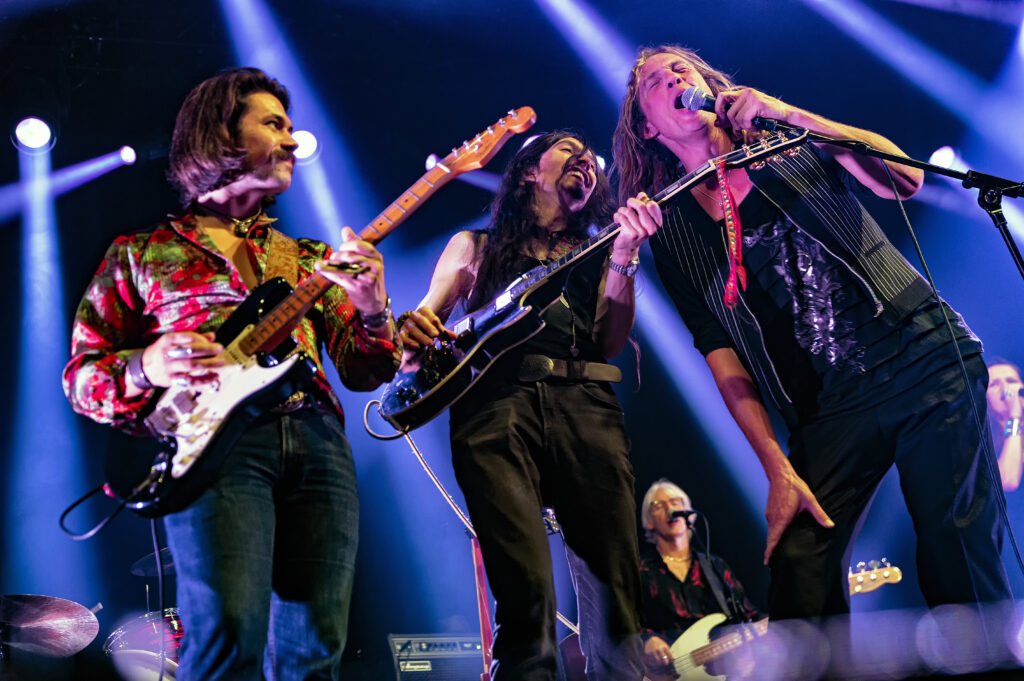 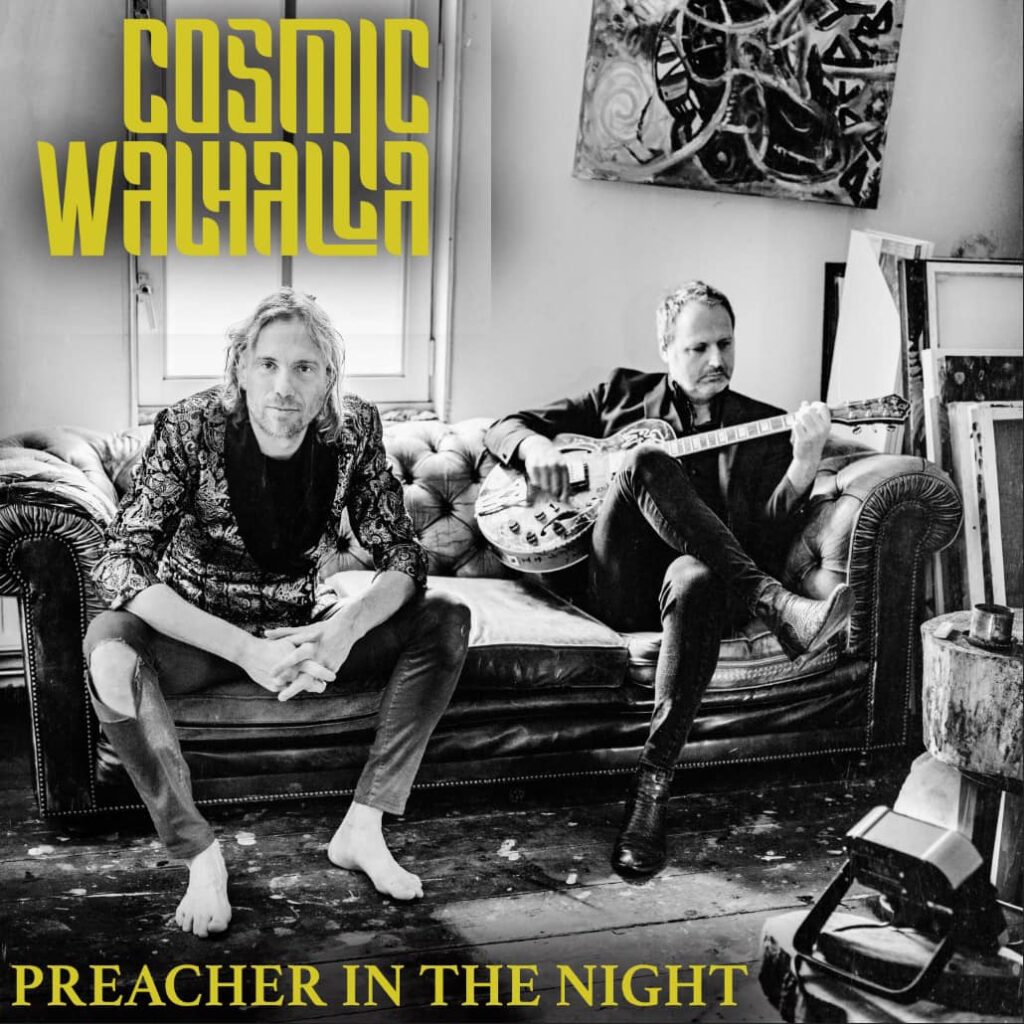 refresh browser window to listen to Preacher In The Night 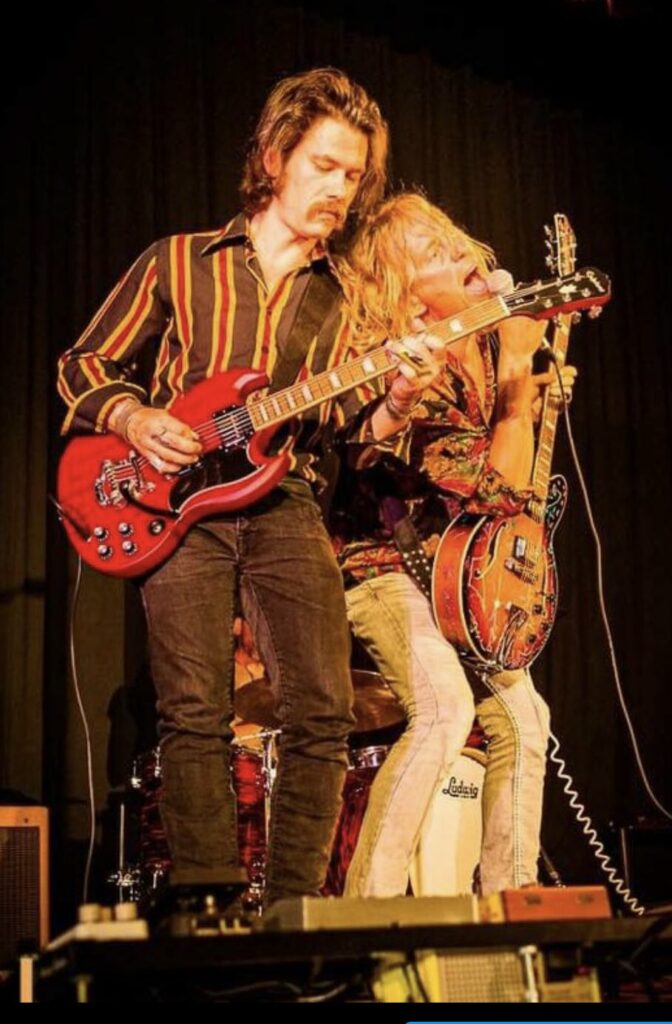 I need that old Rock and Roll of the album New School ;only 50 prints) (refresh browser window to hear song)